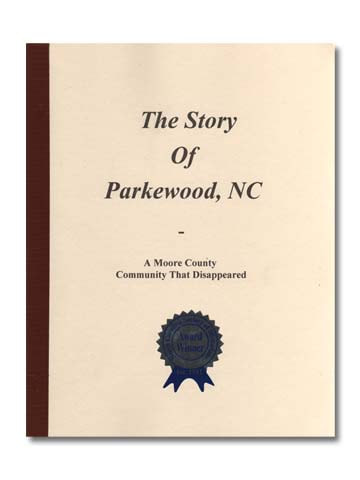 ​The Story of Parkewood, NC - A Moore County Community That Disappeared

The community of Parkewood had its beginning in the late 1870s when the property was purchased by George and Ed Taylor, owners of the Taylor Manufacturing Company. The Taylor brothers, along with Lewis Grimm, established the North Carolina Millstone Company at this site and the company quarried millstones and manufactured portable corn mills. The company was successful and began selling 45 to 50 corn mills a month. The company failed in the late 1880s and there were a number of foreclosure sales. A caretaker was on site for some time, but eventually the community became a "ghost town." A North Carolina Society of Historians Award Winner. 66 pages.